The latest news from Nicholas Rose & Associates
Latest article - relationship dilemmas, when you or your partner wants change

Latest article - relationship dilemmas, when you or your partner wants change

Our latest article has been published on page 27 of the Chiswick Herald. Click here to visit the site or read below.

Relationship dilemmas - what to do when you want something to change

One of the concerns couples often bring to therapy is the conflict that arises when a partner wants something to change in the relationship. Maybe its something to do with lifestyle, socialising, money, sex - whatever the issue many couples struggle to integrate change.

A major reason is that before the need for change becomes clear there is often a period of growing dissatisfaction. During this period couples often start to argue and both end up taking polar positions on the issue, often the issue itself becomes overshadowed by a power struggle.

It can be difficult for the dissatisfied partner to talk because they can feel awkward or guilty asking for change or maybe the conflict has become so difficult they fear raising the subject? And for the other partner they may also actively avoid the issue, nervous that they might not want to make the change or that the change is the start of other changes for which they are not yet ready.

A very common situation is where something that was merely slightly irritating in the early stages of a relationship appears to grow in importance. We all tend to be on our best behaviour in a new relationship, not wanting to be difficult but also having a significant amount of goodwill. As our relationships settle down our desire for our relationship to be one we experience as supportive and relaxing means that things we find irritating can start to damage our relationship.

“It can be helpful to see this as a sign of a maturing relationship”.

Here is a hypothetical but typical situation - M & T have been together for two years. M has been increasingly annoyed about the amount of time T spends with children from a previous relationship. Things came to a head recently when there was a confusion about dates, there was a wedding for one of M’s friends on the same day as T’s youngest was graduating from University. They argued about it, M revealed that this was the latest in a long list of upsetting times, T was angry that M should be upset. The issue was not resolved, M went to the wedding and T went to the graduation - they both felt hurt and something between them shifted. After a few more arguments and with growing sense of unhappiness they came to therapy.

Through therapy the first thing we did was de-escalate the conflict. Both M & T could see that disappointing though it was to have struggled with this issue it was a relatively common problem. They were also able to discuss how having this issue had led to them “catastrophising” in other words they had starting to wonder if the relationship had been a bad one from the start. Such thinking had badly affected the relationship so by speaking about this they were able to see that the growing conflict was merely a symptom of a need to improve their communications.

In the second stage of therapy M & T learnt how to speak about things when they were upset or importantly sensed that each other might be upset about something. M spoke about how sometimes it had felt difficult to say how it felt in a situation and had seen something in T’s reaction that meant the possibility of conversation had closed down. Meanwhile T spoke about how it was difficult to see M upset, had spotted the upset but had been fearful that they would end up arguing.

Following this M was now able to tell T that the worst thing about this was not that it prevented them finding a solution but that it raised a fear that T was not interested and that they could not communicate. Meanwhile T was able to say that M often appeared really angry and spoke in an aggressive way that meant it had to be M’s way. So they could easily see how they shared the fear that neither was interested in communicating but only getting their own way.

They were now able to see how the misunderstandings had occurred, they were relieved to hear that they both actually wanted the same thing - to be able to talk about things. When encouraged to make an agreement between them to deal with this going forwards M asked T to check out whether they needed to speak when such situations arose in future, meanwhile T stated clearly a desire to hear from M in those situations. 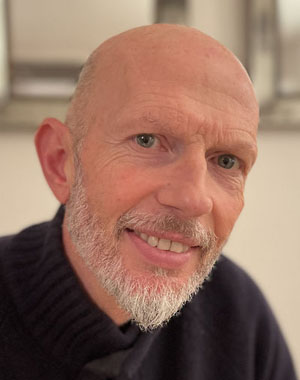