Having seen articles and then written myself about #coronanxiety I wasn’t surprised to start seeing articles about #coronaphobia. Personally I think it is too early for the term #Coronaphobia to be useful and here’s why.

With the existing phobia’s there is scientific data and knowledge that is collected over a considerable period that gives us a clear picture of just how dangerous things are and steps we can take to mitigate risk. The likelihood of being killed in a plane crash is reported as one in eleven million, dying from a snake bite is one in fifty million in the US and with spiders it’s so rare no one has even been able to attempt a calculation.

Knowing the level of risk is one of the important elements in the treatment of a phobia. Initially, psycho-education about the nature of phobias combined with statistics are the part of treatment that allow for a cognitive restructuring. Therefore, allowing someone to reassure themselves about risk if difficult thoughts come to mind.

The second stage for treatment of a phobia is exposure. So someone who has agoraphobia and has been housebound will start to put in place actions geared around the objective of leaving the house. For example initially they may try visualisation techniques where they imagine going out the front door, when this starts to feel manageable they may try opening the front door and standing on the threshold, after this they may ask someone they trust to walk with them down the garden path. So basically a number of incremental steps and it is important that each one is rewarded with nothing bad happening - otherwise the anxiety gets to say “I told you so”.

Returning now to Coronaphobia we just don’t yet have the concrete statistical information that enables people to be clear of risks and then take actions that enable them to feel safe. An article I saw today suggested that you are as likely to die of corona virus as you are in a car crash driving from Swindon to London and whilst that might be true overall that does not take into account geographical differences, age, health, gender and also ethnicity.

I think that Coronaphobia will become a helpful term but only when the information about risk and mitigation become clearer. For example why is opinion still so divided around face masks? I am envisaging the time will come that if you have a white, twenty year old, female, with no underlying health problems, living in the South West of England, who is unable to function as most others are in the population because of anxiety about COVID-19 then applying the theoretical underpinnings of phobias will be helpful.

In the meantime to start suggesting people have Coronaphobia is unhelpful and potentially stigmatising. As the research this week shows the UK government has a big job on its hands coaxing many people back out of their houses. The government will need to provide clear, honest and reassuring messaging based on facts that hold up to scrutiny.

I certainly won’t be recognising or treating anyone for Coronaphobia until the risks and mitigation become much clearer. For the time being affirmation of anxiety and uncertainty are the most relevant tools in the therapist’s armoury for someone anxious about COVID-19. 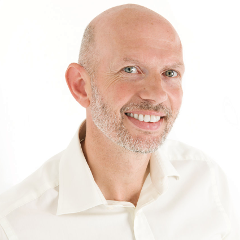